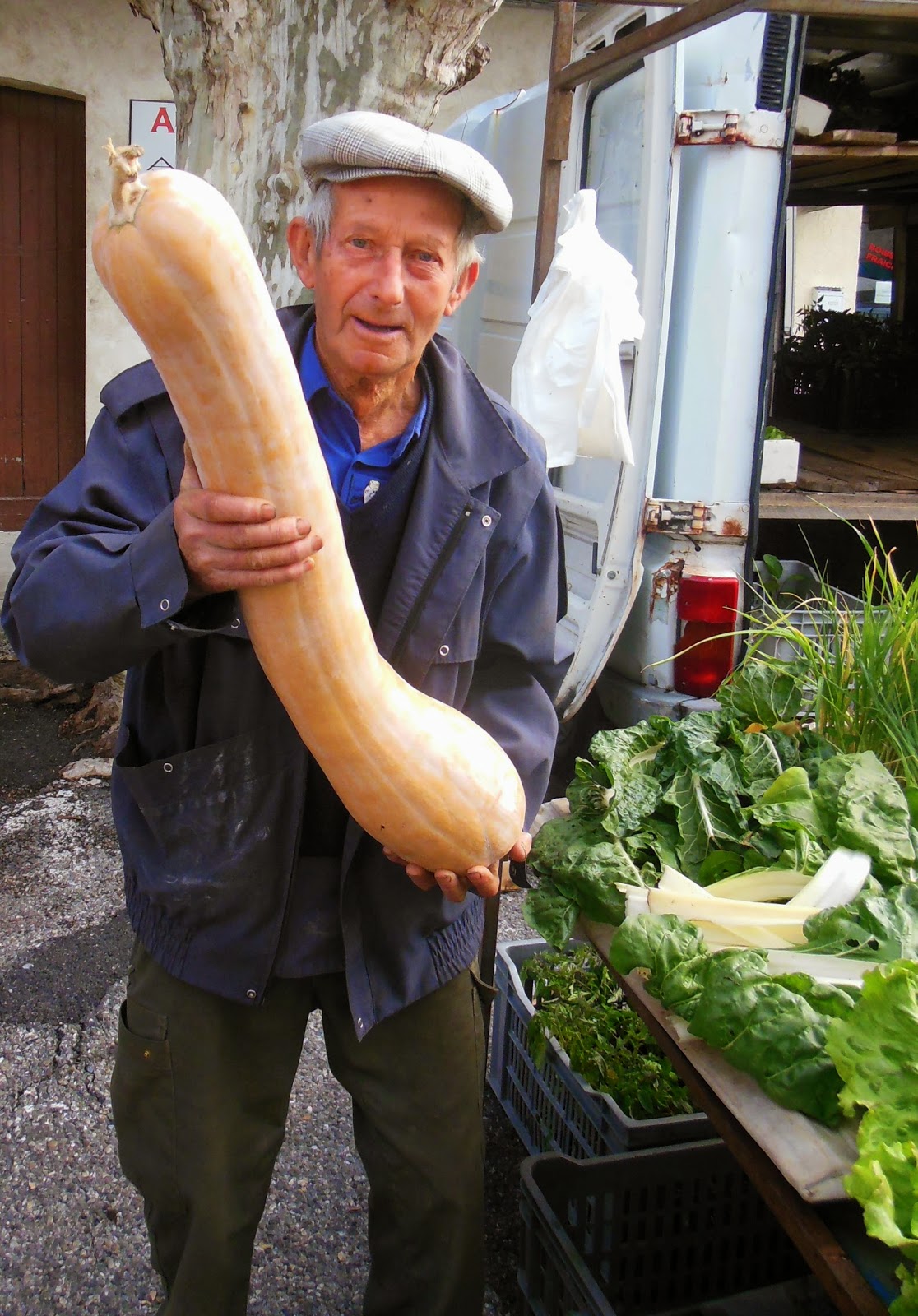 Early this morning at Vaison's famous Provençal market: stallholders were still piling their produce and this gentleman sold me some zucchini plants for my kitchen garden before resuming to decorate his stall. You should have heard the (rather off color) jokes he took from his colleagues when he unearthed this impressive squash.  I pretended not to understand....
Posted by Cuisine de Provence at 3:59 PM 10 comments:

You call them eggplants, I call them aubergines...


I very rarely buy aubergines or eggplants as they are called in the US. I don't really like them, their texture, the way they soak up enormous amounts of oil - I don't even use them when preparing Ratatouille - the mother of all Provençal dishes - and my version tastes just fine without them.
But Istanbul Cooking School where I recently took part in a cooking class sort of converted me. Or, closer to the point, I got totally seduced by this recipe our charming host Oguz taught us. It is called Közde Patlican and is served as one of the wonderful mezze Turkish cuisine excels in. Another plus - it is practically child's play to prepare as long as you have a gas stove or a BBQ.
Just take two or three aubergines and roast them, turning them every so often, until they are really soft and nicely charred on the outside. 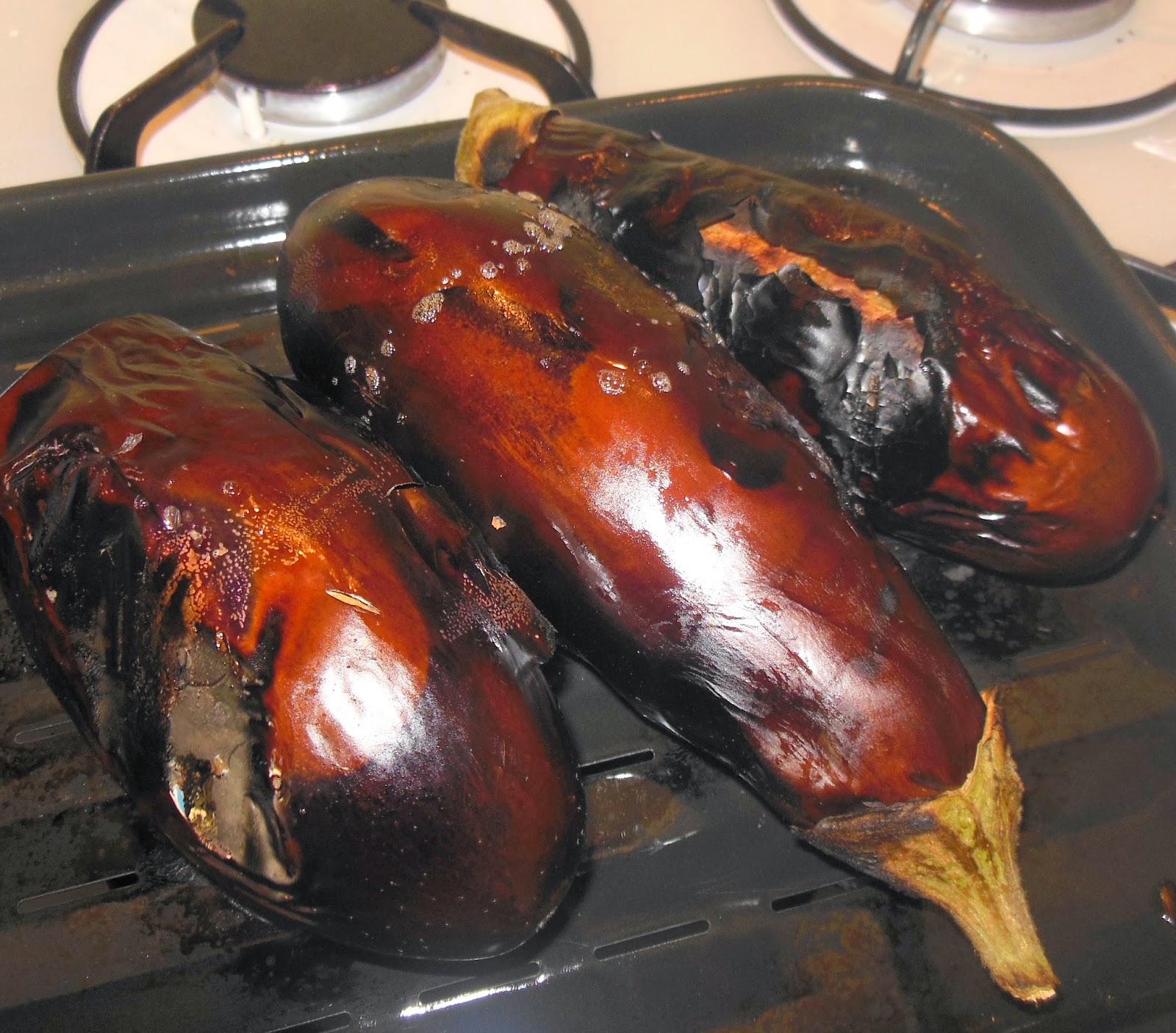 Roast eggplant on a gas fire or BBQ 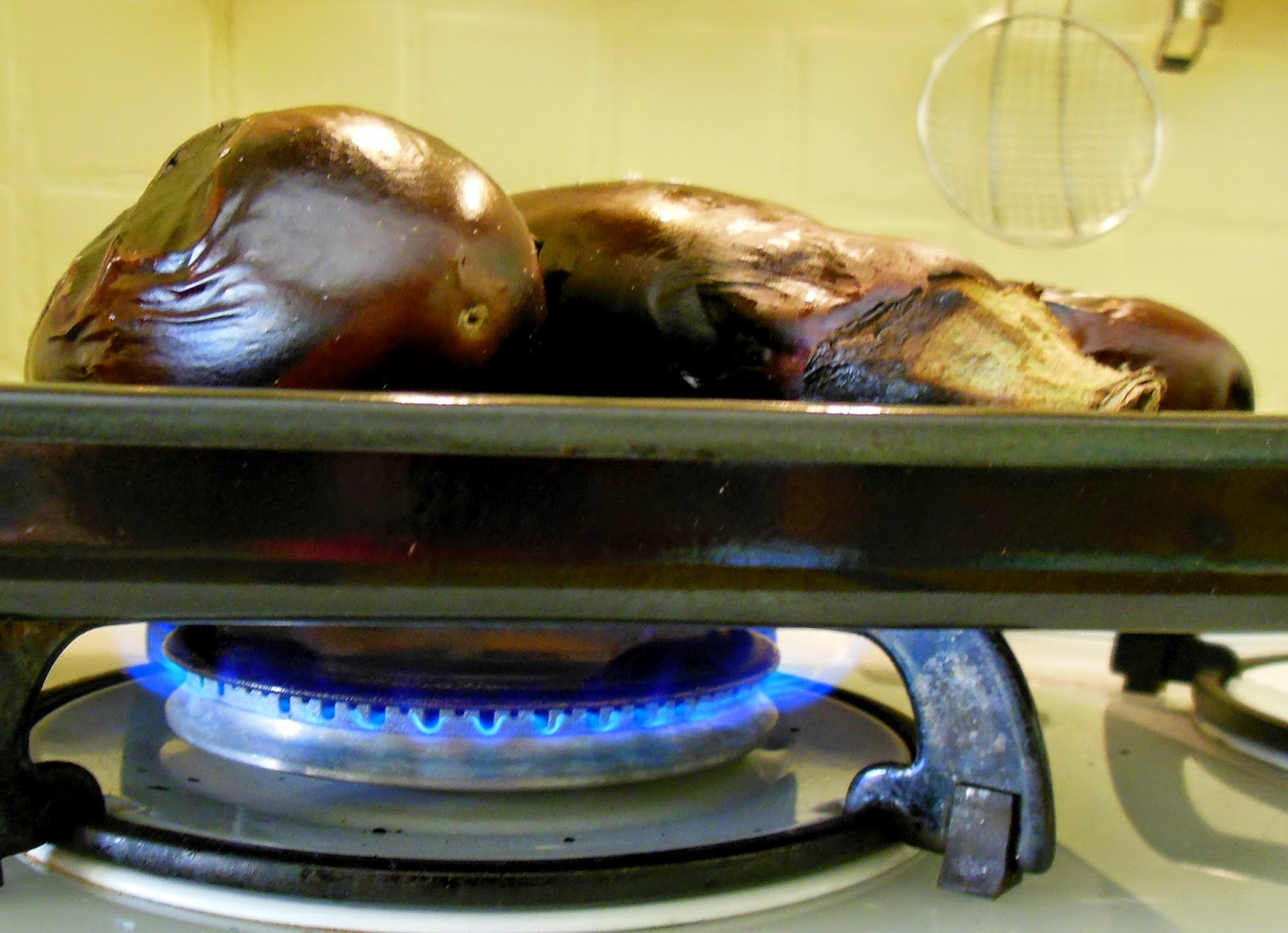 until nicely soft and lightly charred 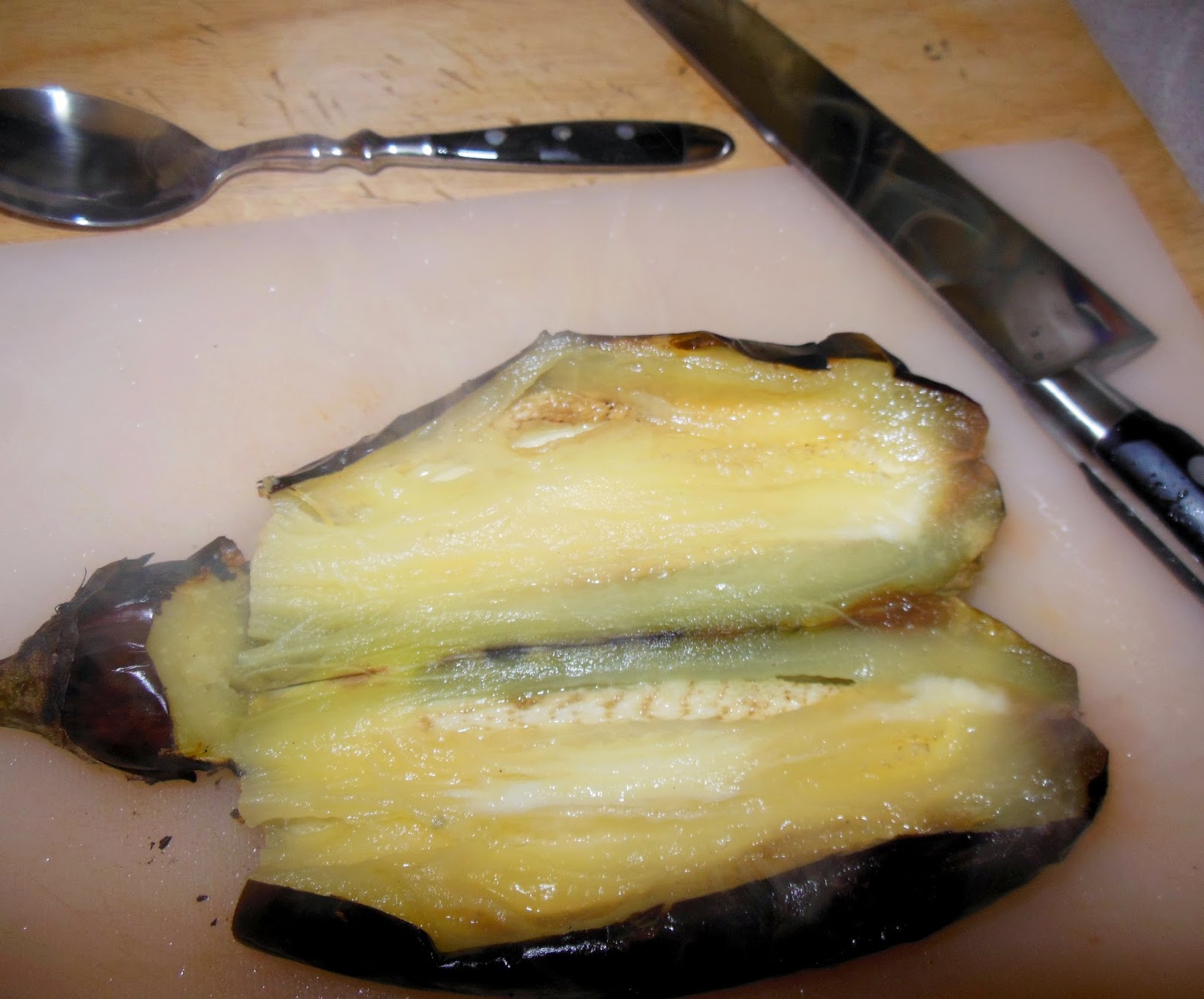 cut open and scoop out the flesh 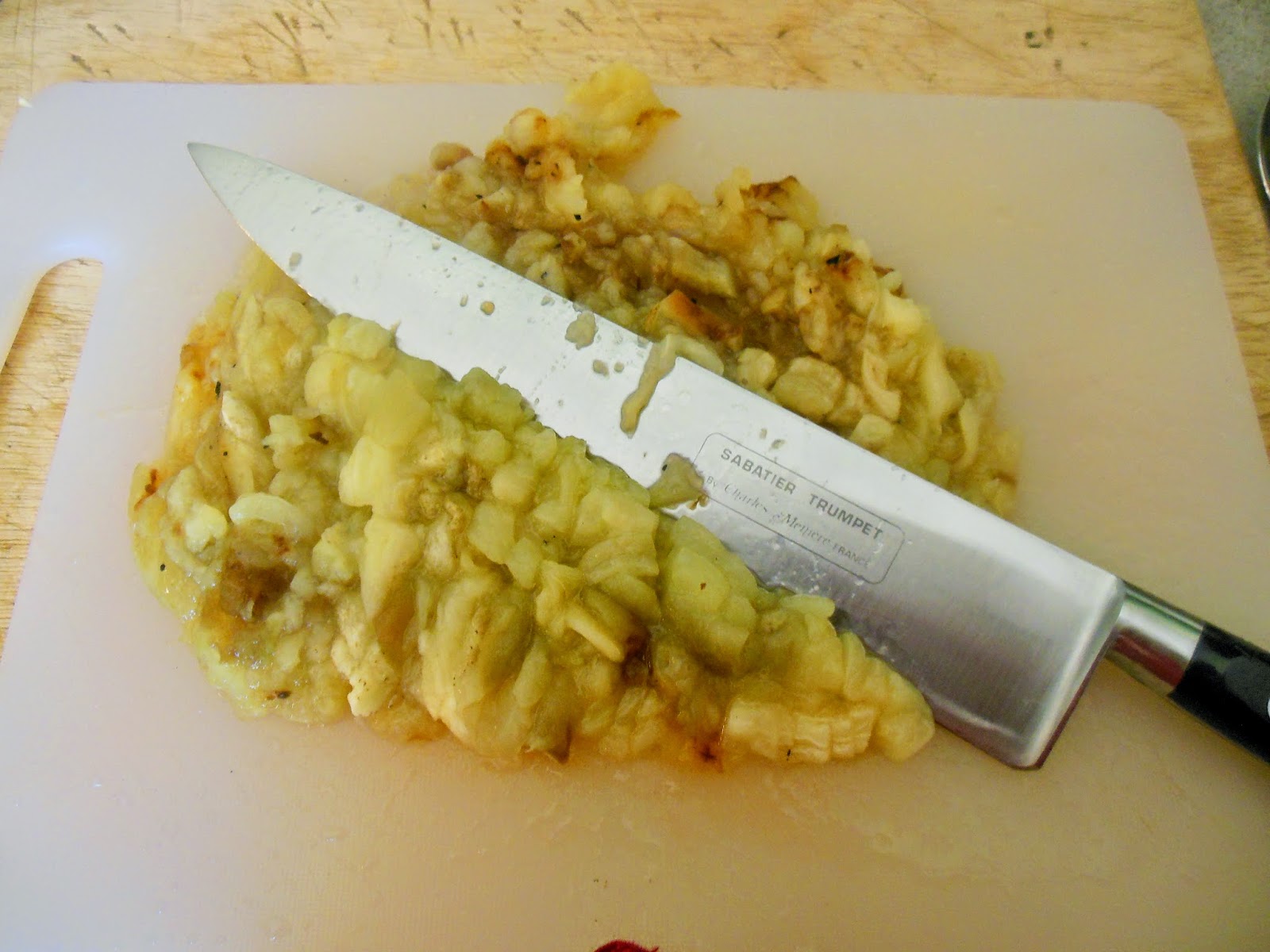 drizzle with lemon juice so the flesh doesn't turn dark

Then you just chop the flesh with a sharp knife, mix it with one or two very finely minced garlic cloves and a real good dash of olive oil et voilà the Turkish version of what we in Provence call "Caviar d'aubergines"  - the poor man's caviar. Serve with crunchy baguette and a cool glass of Rosé. 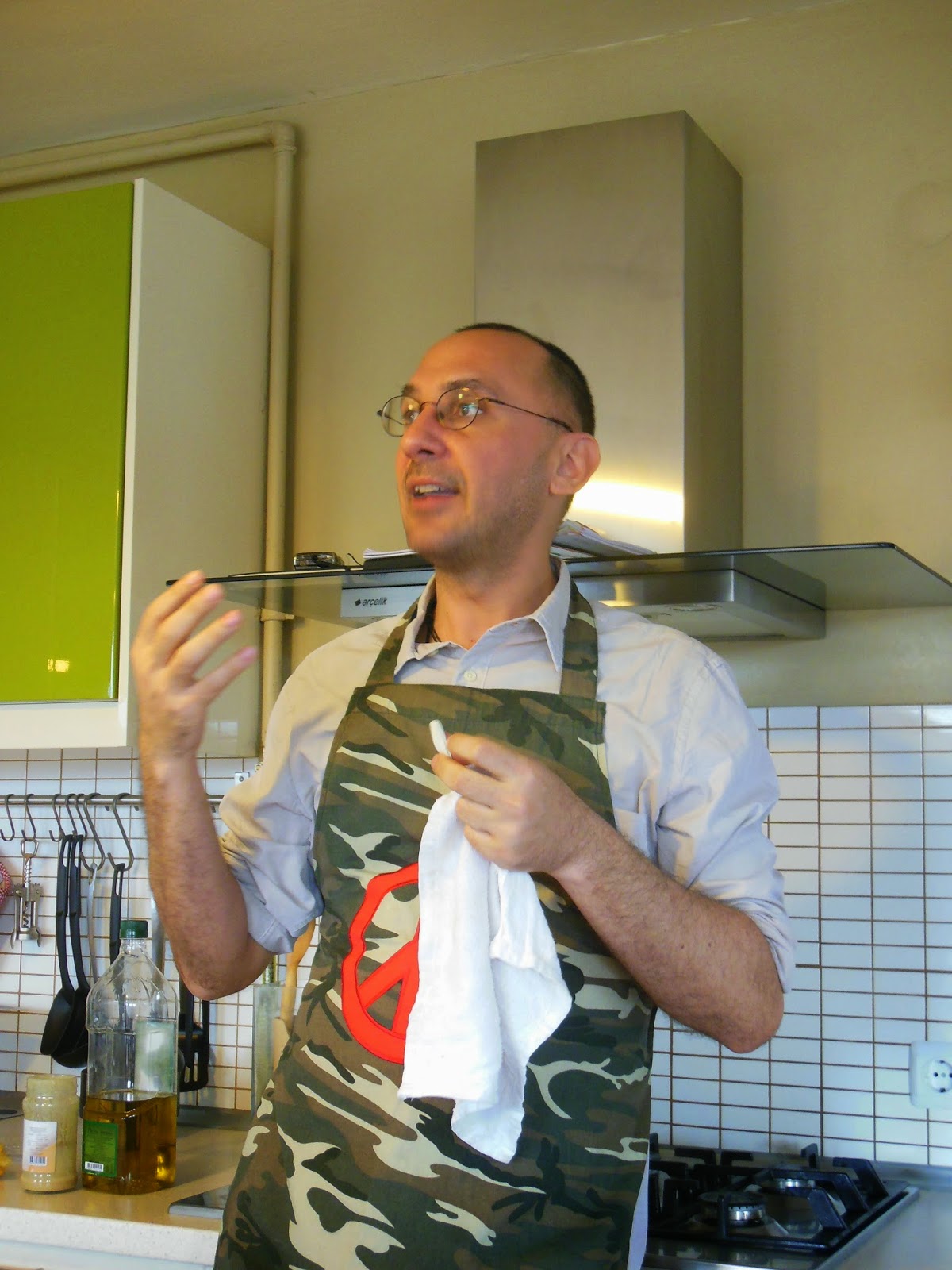 Credit for this lovely dish goes to Oguz of Istanbul Cooking School
Posted by Cuisine de Provence at 7:26 PM 8 comments: