Pears and Roquefort - A Match made in Culinary Heaven

Until fairly recently I did not like blue cheese. Just couldn't stand the stuff. Until on our way home from a trip to the Vendée we passed by a sign "Roquefort 3 km". On the spur of the moment we decided to visit the village that produces the world famous blue cheese and ever since tasting the real, the perfectly ripened and not too strong Roquefort I am maybe not a 100 per cent convert but willing to experiment. 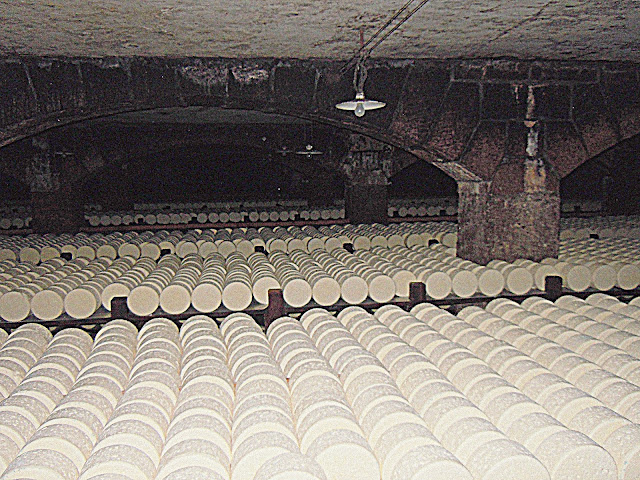 One of the famous Caves de Roquefort

So when I found a recipe marrying pears and Roquefort I just had to give it a try. All you need to prepare "Pear and Roquefort Tarts" for four is a roll of puff pastry, 2 firm pears, a bit of paprika powder, a tbsp of butter, 100 g (1/2 cup) of Roquefort cheese and 1 tbsp of thick cream. I use crème fraîche.
Start by preheating the oven to 180°C/360°F, unroll the puff pastry and line 4 small tart tins with baking paper and the pastry. Prick the pastry base (not the sides) with a fork, line with some more baking paper and and weigh down with baking beans. Prebake the shells for 15 minutes, discard paper and the baking beans and let the shells cool down in their tins.
Meanwhile peel and cut the pears into not too fine chunks. Season with a good sprinkling of paprika powder. In a pan, melt the butter and over medium heat slowly fry the pear slices until slighltly softened. Let the chunks cool down. 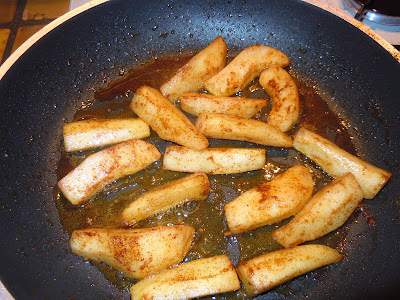 With a fork mix the Roquefort and the crème fraîche. Fill each pastry shell with 2 or 3 pear chunks and top with the blue cheese/cream mixture. Bake for 15 to 20 minutes or until the tarts are nicely browned. Serve hot or lukewarm with a little salad on the side.
Not only does this make a perfect lunch but I bet a few more Blue Cheese converts, too. 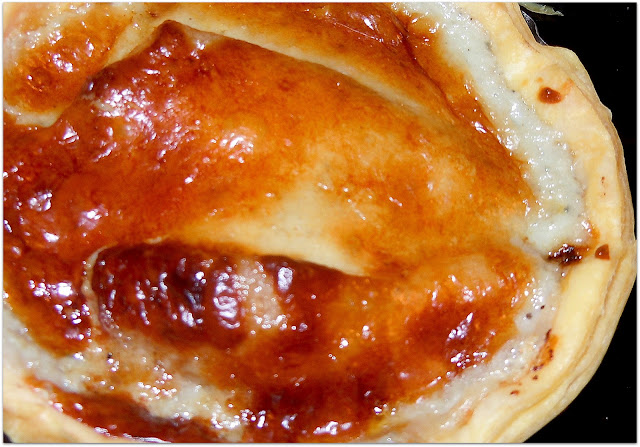